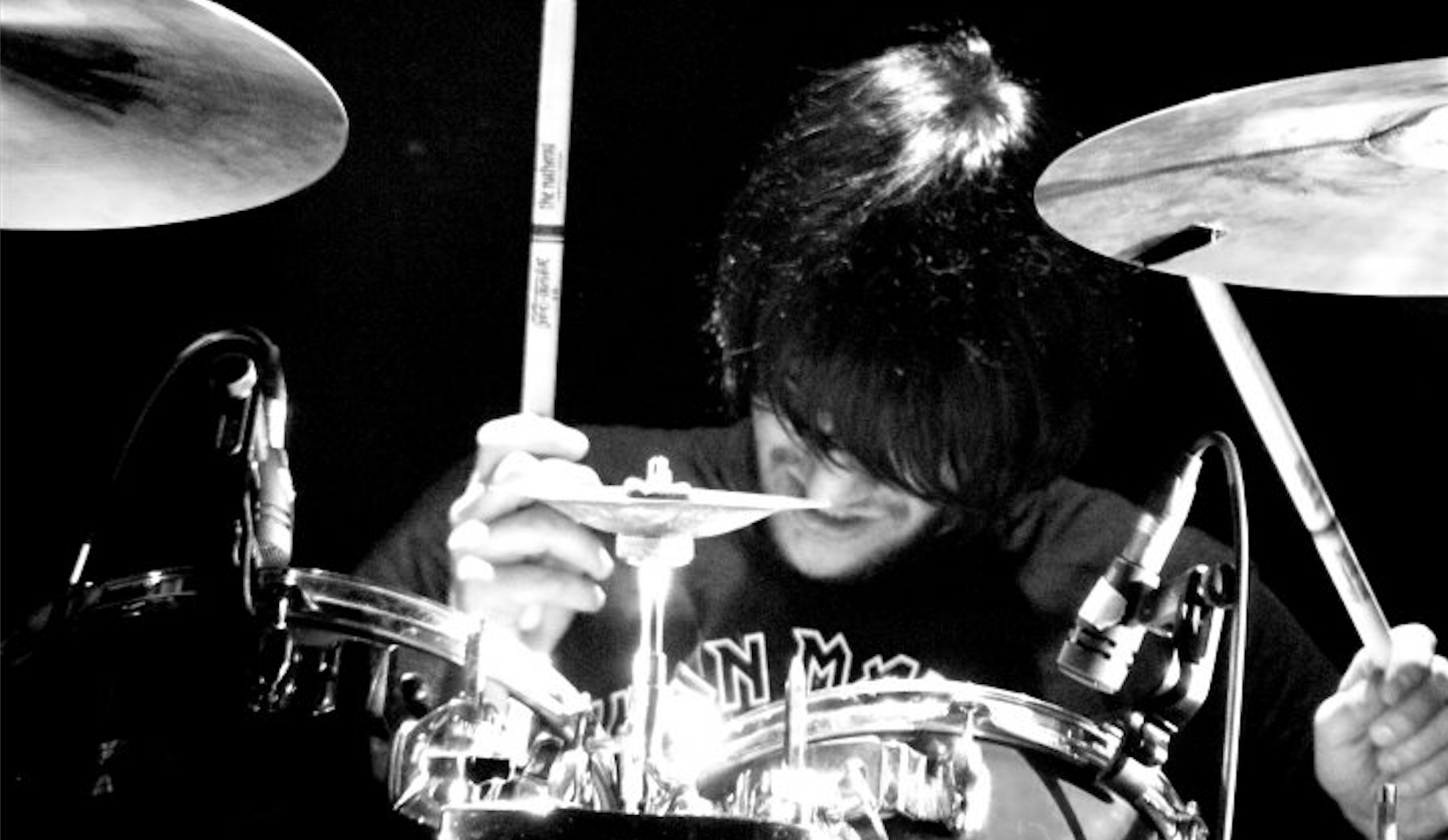 Hi there… I am Kevin Paradis. And everything you will read here is related to the drumming part of my life.

I have started to play drums at the age of 6…if I remember correctly ! I don’t really keep precise memories of my personnal history. I’ve begun with drums lessons and I have followed them for about 10 years. They were base on the DANTE AGOSTINI method, and also focused on Funk music, Jazz music and Classic Rock music.  Believe it or not but it tool me years to discover Extreme Metal…or even anything Metal to be honest.

The first band I was into was Queen. And well, I still truly love their band, the history too. Then I’ve discovered ZZ top, Def Leppard, Mr.Big, Led Zeppelin, Deep Purple, Accept…well a lot of Heavy Metal things. And it took me a while to have any knowledge of Iron Maiden or Metallica ! Seems unbelievable right ? But it is true. And it was even later when I have discovered Lamb Of God, Fear Factory, and Nile. That was the point where I kind of find a part of myself. You know, I was alway into the fastest stuff, the more energic, or the darker. So I guess the path to Extreme Metal was their, I just needed the time and the discovery to take it. Back then I though I found my kind of music…well now I know you are never linked to only one music.

My professionnal carreer started when I was studying in Lyon (Fr), as I joined the band « The Seven Gates » there. And well, this band did open some gate for me, together with my Youtube channel and some other nice encounter on the internet. I then join « Mithridatic », and I also meet « Benighted » for some live session, before to join the band years later ! See, you never know where you will end up ! I did my first european tour with the Black Metal band « Seth », and I also played a bit later with « Svart Crown », « Melechesh », and « Shining ».

With « Svart Crown » I have unbelievable memories, such as my first US tour. Probably one of the 2 best month of my life. And in Nashville, someone told me I should do recordings as session drummer, from my home studio. I thought it was crazy…but I got my first deal thanks to that persons. And well since 2015, I am then recording drums, not even from my home studio anymore, but from my profesionnal recording studio !

So long story short, that was the drumming part of me, so far, and I guess it was at least a bit worth it.

Life doesn’t always give much to us, even when other think we recieve a lot. But you know what ? Life owns us nothing. So let’s enjoy what we can have !

Best wishes to you all,